About ten years ago, we saw the development of so-called "flexible rolling forming" (also known as 3D rolling forming), through which a new type of adjustable roll stand can also produce discontinuous intersecting surface along the longitudinal axis.
The first generation of this device was born in the ideas of Professor Schmoeckel, Professor Groche and Dr Istrate of the PtU (Institute of Production Engineering and Molding Machines) in Dumstadt, Germany.

Another project of PtU focuses on the production of blanks for hydraulic forming processes. In particular, when ultra-high strength metal sheets are used, the failure limits of materials that are no longer easy to form can sometimes be reached very quickly. Through flexible roll forming, blanks close to the finished products can be produced. This kind of blanks is also an effective process suitable for ultra-high strength steel.

The development of this technology has taken an important step in the integrated European Ramped project "Preform", involving 22 European partners (including Fiat and Daimler).
Advantages of Flexible Rolling Forming 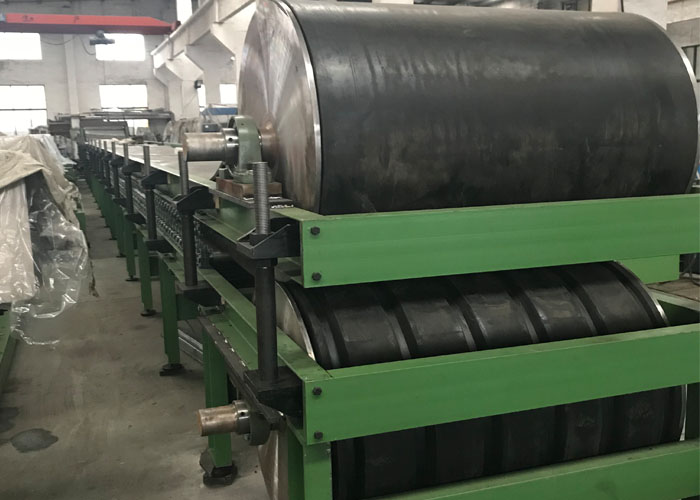 1. It is more flexible than compression mounding or stamping parts (each requiring additional tools) and more forms (e.g. closed profiles).
2.Achieving cost-effectiveness through continuous production
3.Make a complete series of parts on a single installation.
4.Better affordability of high and ultra-high strength steels and aluminum

In particular, it is worth mentioning that the actual cost-effectiveness of this new process is very cost-effective and economic, and can save a lot of costs in the long run. In view of the high flexibility of the process and the effectiveness of rolling, the whole assembly and similar parts series can be produced on a single rolling production line.
The Future of Roll Forming is 3D

Through traditional roll forming (2D), sheet metal is continuously replaced by the final required shape through a series of roll stands. The shape of the contour is the same throughout its length. The new technology for advanced dynamic roll forming (3D) means that the feed apron controls the roll rack through a number of separate computers, making the finished profile change along its length. It is possible to bend the contour along its length during rolling because new and improved components are much more likely than before.www.ybtformingmachine.com